Felony Theft - Stakes Are Higher the Larger the Value Stolen 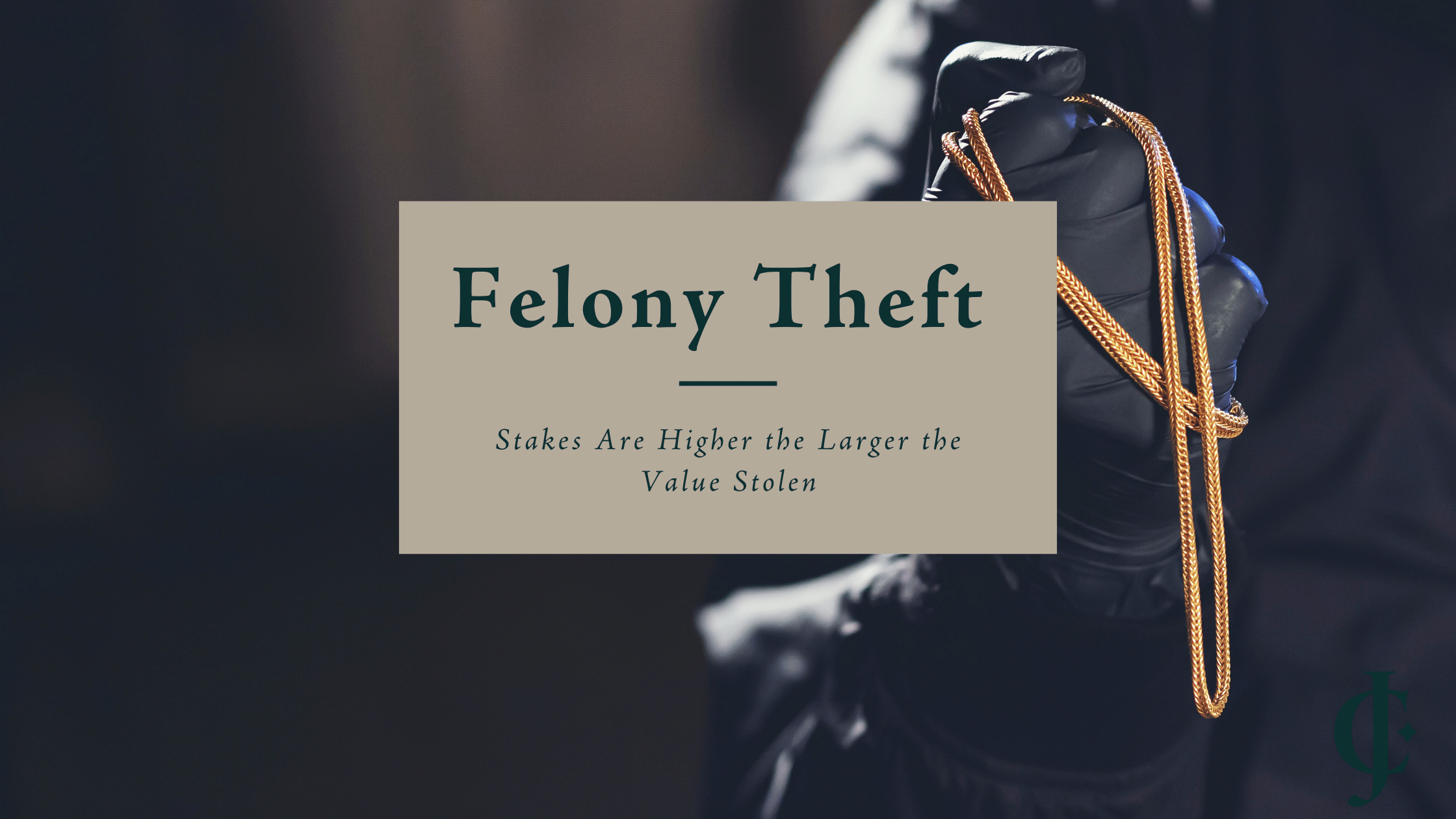 Theft ranges from shoplifting to robbery. The difference, one is a felony and the other a misdemeanor. Here is what determines a felony theft

What Makes Theft A Felony?

We all know the basic definition of theft, taking property that does not belong to you without permission. So, taking someone’s lunch out of the work fridge is technically theft.

Now, someone’s lunch being taken will not land anyone in jail, but if you “dined and dashed” at a restaurant, you are shoplifting and would face criminal consequences. Would those consequences fall under a misdemeanor or felony?

Cash, electronics, vehicles, or jewelry all have different values when it comes to thefts. The more “expensive” the item is perceived, the bleaker the charge is going to be. For example, someone could steal a watch and only face a misdemeanor because it is not a brand perceived to be valuable, but a Rolex, and that charge is going up to a felony.

Sentimental value does not account for the actual cost of the taken item. Therefore, although a victim may hold a high value on the item, the courts do not.

Again, there are levels of difference in felony theft charges, depending on the total value of what is alleged stolen.

Three Felony Thefts Charged in Maryland and Their Punishments

Our state divides felony theft into three separate charges, and each charge carries a stiffer penalty:

A monetary amount is assigned for value in theft cases. Appraisals of objects like electronics or jewelry by detectives and investigators determine which felony charge the theft lands under.

The difference between a misdemeanor and a felony theft charge is one cent. So items valued at $1,499.99 are misdemeanors. Go a penny more in value, and now you are talking serious time from a felony charge.

Having a plan to defend against accusations gives those accused a way to handle the situation. For example, an attorney can build arguments, gather facts, get witness statements, and examine evidence to defend theft allegations.

Different scenarios call for distinctive defenses. Here are a few defenses an attorney may use to fight theft charges:

Going it alone and defending yourself can be done, but not highly recommended. There are so many legal factors the ordinary citizen is uninformed about, making self-defense difficult. Hiring a criminal defense attorney skilled in handling theft cases increases the chance the accused stays free. Our defense attorneys know the Maryland legal system and how to protect your rights.

Contact JC Law today for a free initial consultation to find out how we can help you during this difficult time. Although accusations of a crime can hinder life, our criminal defense attorneys are here to help you move on with life.