Don’t Let A Single Mistake Wreck Your License And Your Life.

Get The Right Lawyer “A Serious Trial Lawyer Fighting for Clients' Rights Since 1992”

DUI and DWI charges have become much more complex than "I was caught, what happens now?" Over the last Fifteen years, the Maryland Legislature and police in every county throughout Maryland have been trained to target individuals who may be driving while Intoxicated. The Police have spent millions of tax dollars to set up procedures how to stop, test, arrest and turn your case over to the State’s Attorney's Office for prosecution. Maryland Police produce manuals describing exact procedures to be used when giving field sobriety test. The basic test are:

Police use “indicia” to try and show that you appear to be under the influence of alcohol. Some of the basic “indicia” are:

What you say to the Police officer also has an impact such as “I only had two (2) beers”. It is extremely important that you contact my office immediately after you have been arrested. Trial preparation and understanding of the process will give you the best chance of a successful resolution in Court as well as the Office of Administrative Hearings.

Dozens of important factors can influence the outcome of a case, including the level of penalties. For instance, the judge may wish to know:

Answers and evidence relating to these and other questions may determine whether the defendant is found guilty and what level of penalties he or she will face.

Timing is also important. Strict deadlines apply to defendants' right to petition the MVA for an administrative hearing to prevent the suspension of their drivers' licenses.

Because of the complexity of DUI and DWI cases, and because the outcome of your case is so crucial, it's important to work with an experienced and diligent criminal defense lawyer following drunk driving charges.

If you face DUI or DWI charges in Maryland, contact me, attorney Jim Crawford. I have helped thousands of accused people throughout Maryland in my 18 years of service as a criminal defense trial attorney. For a free consultation regarding your case and your rights, contact my firm.

"When [my lawyer] was finished, all the judge said was, ‘Thank you, sir, for your service.’ The fine and court cost was lower than the cost of the ticket alone. I was pleased with the outcome.”

Ok, You have been stopped, arrested, and charged, what now?

One of the first things I tell my clients who have just been charged is “take a deep breath”. It’s a scary and frightening thing to be taken into custody and actually charged with a crime. If you have been arrested in Baltimore City, Baltimore County, Howard County, Anne Arundel County, Carroll County, or Harford, each one of these jurisdictions treats a DWI offense a little differently.

DWIs have evolved over the years as to how the Legislature dictates punishment and procedure. Alcohol and traffic citations have become a frontrunner in Maryland political spotlight. The potential punishment of a conviction with an alcohol offense is enormous. Groups such as M.A.D.D. are now working with our judicial system to make sure DWI offenders are paying the ultimate price.

It is extremely important that your lawyer understands and thoroughly knows how this system works. It is important to understand how each Court will treat different scenarios that surround these offenses such as traffic accidents, refusal to take a field sobriety test. It is also important that you get started right away with the groundwork that is needed to protect your criminal record and driving record.

Don't just assume you will get the conviction and points without talking to me.

While all traffic violations are frustrating and regrettable, many seem like they're not worth fighting. Yet even a simple speeding ticket can result in driving points, increased insurance rates, and additional consequences if you receive another citation later.

Of particular importance is the speed with which you are charged. Maryland classifies speeding citations based upon speed and the Motor Vehicle Administration will assess points based upon how fast you were allegedly traveling. If you have a CDL license is extremely important to make sure your record is kept clean, not just because of the potential penalties with the State but also because of your employer's expectations.

Many Judges on the District Court level treat these citations differently. Some try to access severe penalties while others do not. It is very important that your Lawyer understand and anticipate what is expected so you may get the best possible result.

An experienced criminal defense lawyer can investigate the circumstances of your ticket and tell you how to fight the charges.

I am attorney Jim Crawford and I have successfully fought close to thousands of traffic violations for my clients, including:

A traffic or speeding ticket does not necessarily mean a conviction. Police officers make mistakes and, at times, even fail to appear at the hearings. I also undertake a full investigation to see if witnesses' accounts vary with police reports and other evidence.

Please note that Maryland law has changed recently. The procedures in requesting a hearing are different than in the recent past. Please feel free to call me for a free consultation.

Charges of driving with a suspended or revoked driver's license usually result from a traffic stop. A routine check of your driver's license will reveal the suspension or revocation. Many times a police officer on the road will randomly run your tag of the vehicle you are driving to determine its status. Once you are stopped they will inevitably make a determination about your license.

Most people don’t realize that a Driving on revoked or Suspended License carries with it a potential 60 day or 1-year jail sentence and a fine. Multiple offenses can easily result in a conviction and jail if the case is not handled properly. Just as important is the fact that having a traffic/criminal conviction on your record can severely limit employment possibilities.

My name is Jim Crawford. For the past 18 years, I have defended people in Baltimore, Catonsville, Annapolis, Bel Air and throughout Maryland who have been charged with driving with a suspended or revoked license. I offer a free initial consultation to discuss your case.

In today's society, it's difficult to get by without driving. As a result, many people who lose their driver's license due to a DUI arrest or multiple traffic tickets choose to drive anyway. In Maryland, that can lead to criminal charges and an even longer suspension.

Driving with a suspended or revoked license is a misdemeanor, which is far more serious than a traffic ticket. If you are convicted, you will have a permanent criminal record, which could potentially affect your employment.

As your lawyer, my goal is to prevent a mistake from resulting in a criminal record that will follow you around for the rest of your life. The first step in resolving these charges is to deal with the issue that led to your driver's license suspension or revocation in the first place.

If you are arrested on suspicion of DUI in Maryland, you face a potential suspension of your driver's license before you are even convicted of drunk driving. You have only 10 days (30 in some situations) from the date of your arrest to request a hearing with the Maryland Motor Vehicle Administration (MVA) to prevent a suspension. Most people don't realize how important it is to hire an attorney to represent them at this hearing.

What Is an MVA Hearing?

An MVA hearing is an administrative action authorized under COMAR and various Maryland Statutes that gives the Motor Vehicle Administration the ability to sanction you for offenses such as a DUI arrest, too many points, suspensions, revocations, etc. Under the current laws, your driver's license can be suspended even if you are later cleared of the criminal charge of drunk driving.

MVA hearings are very difficult to win if you represent yourself. An experienced attorney can advise you on how to prepare and present evidence favorable to you. An attorney can also use the hearing as an opportunity to review and challenge the Motor Vehicle Administrations' case against you. For example, as your lawyer, I may have an opportunity to cross-examine the police officer who arrested you and find out if the stop was legal according to administrative procedures. If the police did not have a reasonable belief that you operated a motor vehicle while under the influence then the M.V.A. may not be successful in their case against you.

Jim believes that the power to change the life of even one client is worth more than any amount of money or prestige. That's why he's spent just about every day of his working career in a Maryland courtroom, giving clients their opportunity for justice. 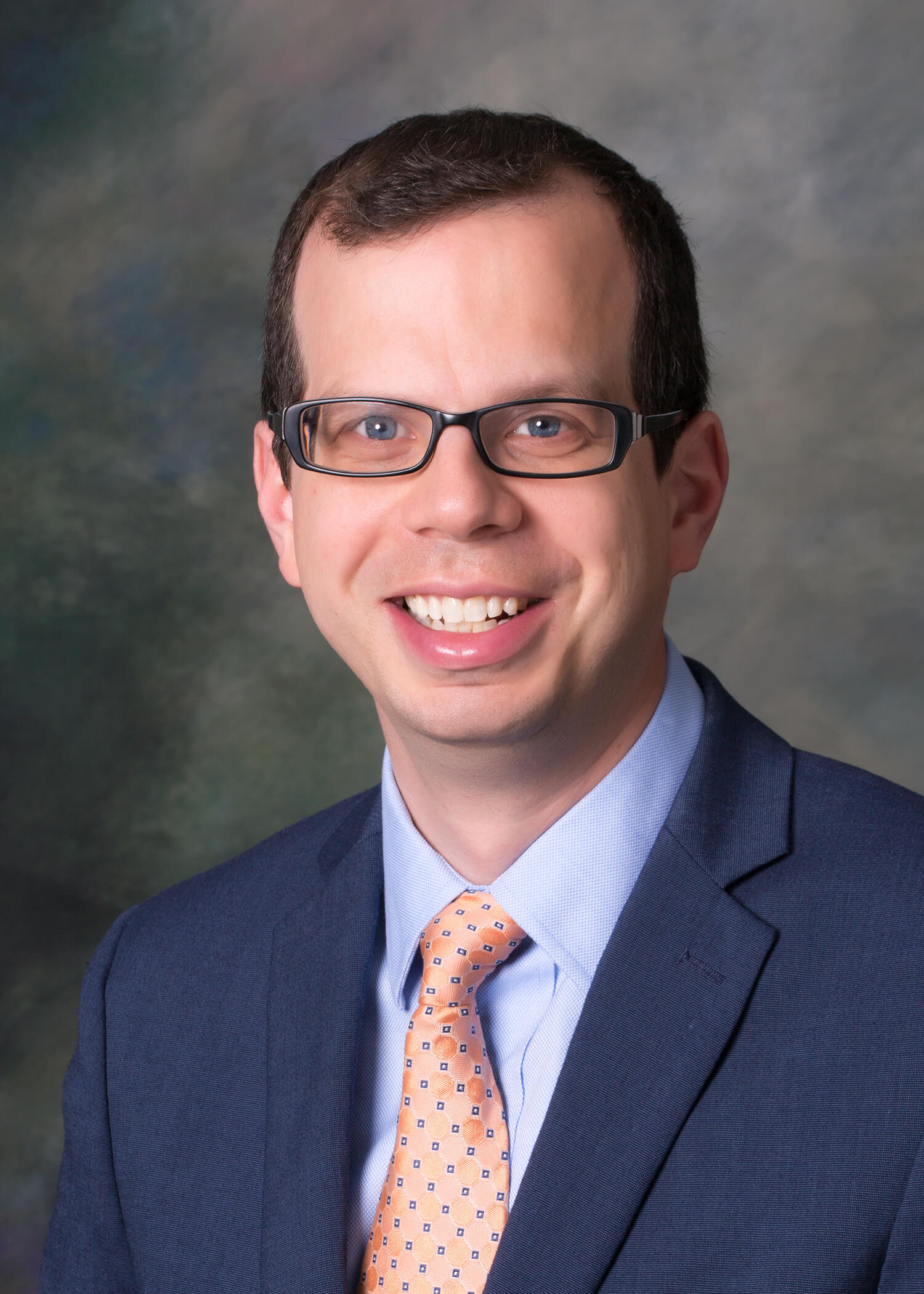 Originally a lawyer from the Big Apple, Mark and his family relocated to Charm City to represent Marylanders for both criminal and civil matters. Whether it's a traffic-related charge or a serious criminal matter in the District or Circuit Court, you'll want Mark in your corner.

Jennie's focus and practice is criminal law, dedicated to fighting for justice on behalf of those who cannot fight for themselves.

I need help with…

Learn More
Tell Us What You Need

Getting the right lawyer is easy.

Consult With An Attorney

Every case deserves the personal attention of a licensed legal professional. That’s why we offer a free initial consultation to any Marylander who needs it.

During your initial conversation, your consulting attorney will offer suggestions and advice concerning your specific situation and desired outcomes.

Once you retain James Crawford Law, you’ll have the entire Firm team at your disposal to fight for your side of the story. Our first priority will be the success of your case.